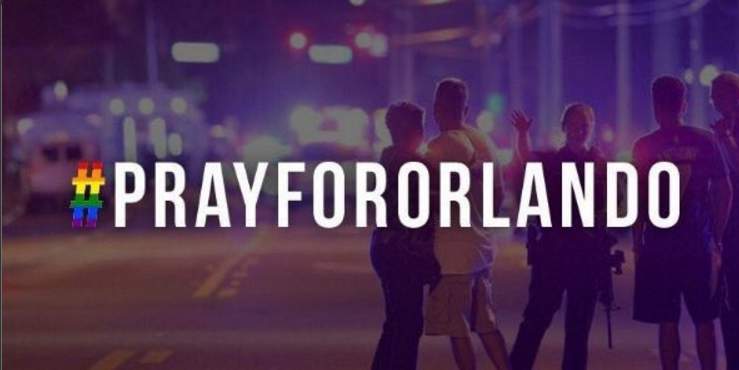 Over the weekend, 50 people were killed and 53 were injured in a mass shooting in the LGBTQ nightclub, Pulse I Orlando, Florida. Many people people have expressed their concern and worry, using the hashtag #PrayForOrlando. They have said those victims, both those who sadly lost their lives and those who remain with us, are in their thoughts and prayers – myself included.

And before I carry on, I will say it again – those who lost their lives, those who are fighting for their lives and those families who are affected – you are in our thoughts and prayers.

At the same time there is a large contingent of society who are saying what use are these messages of “thoughts and prayer”, we need action.

The Gun Violence Archive is reporting there have been 133 mass shootings in the USA in 2016 and we are only in June. So I think that the majority of people would agree something needs to be done about Gun Control. But at the same time we need to remember that HUMAN lives have been lost, FAMILIES devastated.

There is nothing wrong with putting these people first and acknowledging the loss – it may seem as those putting those words on Facebook or Twitter or what ever social network they choose is pointless. But, you are honouring those affected.

The candle light vigils being organised – on the surface of it may appear to have little effect, but they are a group of people feeling equal shock at the horrors that have happened who are standing together. On Armistice Day, the whole of the UK stops for 2 minutes – a whole country united in silence remembering those who have fallen protecting the lives of others. Why do these people who have fallen in the name of gun violence not deserve the same moment of silence, no matter how small?

Please don’t get me wrong. Action needs to be taken – in this particular case (as with all mass shootings), stricter gun control needs to happen. The fact that the 2015 trend of an average of one mass shooting every day in the USA is on track to happen again in 2016 is something you cannot miss. And I honestly hope this is the time that the people who can will do something to rectify those laws.

As a UK citizen, I have little impact directly over gun control in the USA. At the same time I would hope all these images of groups of people united in a common purpose – remembering those victims – would show those who have the power to affect change that the world wants.