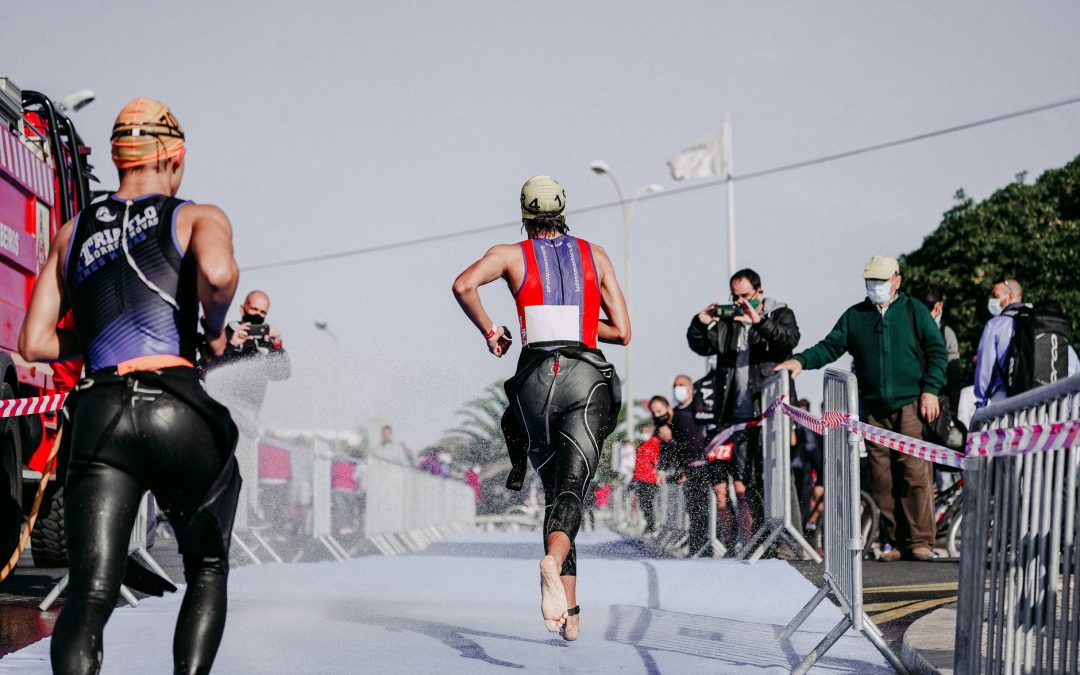 And just like that…… my first ever “proper” Triathlon is done….. sprint distance around Warden, Leysdown and the Isle of Harty.

Now lockdown is easing, and the local swimming lakes are open, my Tri Club decided to set up a Virtual Triathlon/Duathlon Challenge. The challenge was to complete either a Sprint or Standard Distance Triathlon (or Duathlon for those who cannot swim) in no more than 3 consecutive days – with extra points for doing it back to back like a true triathlon.

Given I was aiming to complete my first triathlon this year at Leybourne Lakes with Ocean Lake Tri, I thought I may as well take advantage of living by the beach and do it back to back – and all before work on a Monday morning (the challenge ran from Monday-Sunday).

I very much approached this as an art project to create a visual story of the joy of triathlons so was not overly focused on speed (that is my story and I am sticking to it……..). It has nothing to do with me being less than focused on training recently and my running going straight out of the window.

Waking to a glorious morning I gathered all the kit I needed and setup my transition zone in the boot of my car (absolutely nothing to do with the fact I forgot to get my bike out of the boot after yesterday’s run.).

All ready, I headed off to the beach to start, realising as I was packing my t-shirt and keys into my tow float I had left my goggles in the house. Take two and I had to saunter out a little farther than normal as the tide was not quite in yet. Doing 750m as near as exactly is very hard when you are not following a course so I was waiting for my wrist to buzz with the halfway alert before heading back and entering T1. Spot the expert camera handling in the video. I may have broken a small rule here as I did swim in my trainers….. my brain couldn’t face having to try and get my toes into my Vibrams while wet after a swim. Oh well… the officials gave me a pass as they were still fast asleep at home. I still need to do some research find some shoes similar to the Vibram FiveFingers – just minus the toes as they are not the best for a fast transition!.

The bike route was my normal 18km loop out to Harty Ferry and along to Leysdown and back with a small loop in Bayview tacked on. Not the best route for a triathlon as a large chunk is off road but as I’ve not gotten around to upgrading my hybrid for a proper road bike it coped admirably. The wind seemed to want to fight me at every corner as no matter which way I faced it was heading right at me. This was also my first time since a kid going hands free at points to get some video footage – the balance I used to have as a kid has gone to pot.

I hadn’t planned an exact 5k route (well… I had… but my legs threatened to quit at the thought of running up the hill out of the village), so I headed off on an ad-hoc route. I need to work on my running a lot and definitely add in some brick training as I struggled to get more than a fast walk out of my legs for most of the 5k.

Resisting the urge to jump back in the sea to stretch off and relax now the tide was fully in… I crossed the finish line (aka the front gate) and was met by my adoring fan club who seemed to just want to lick the salt off my face.

I even made sure to finish wearing at least one piece of Harriers kit, my buff, just to make sure I qualified if these ever made it into the Club Championships.

While doing these virtual races while we have been in COVID lockdown has been fun, the buzz you get on race day has been missing as well as the push you get from being surrounded by your fellow competitors. There is a small chance we may see some smaller events happen this year, but I think I realistically need to set my sights on next year for a decent race time.